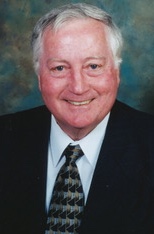 After graduating from Valdosta State College with a BS in Sociology and Social Work in 1961, he began serving communities from Georgia to New Mexico for the Boys Club before accepting a position with the Sheriff’s Association. Highlights of his accomplishments include expanding the number of Youth Homes from the Boys Ranch to include four more throughout the state. The Youth Homes have provided a haven and education opportunities for thousands of Georgia’s abused, abandoned, and neglected children. Due to his vision, the Foundation is now blessed to hold over $15 million in assets.

Bud assumed control of the retirement fund in 1982 with only $9 million in assets. But under his guidance, it is now valued at over $97 million. Believing that training is a necessity. Lastly, Bud was a founding principle in 1990 to establish and build the Georgia Public Safety Training Center in Forsyth, Ga. that trains more than 2,000 students daily. Lastly, he formed the company, CFR which helped over 30 state associations from New York to Texas to California raise tens of millions of dollars to help officers and youth homes nationwide.